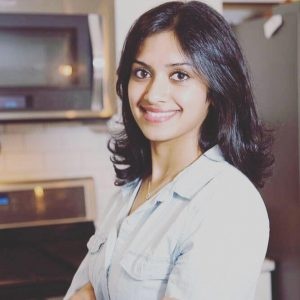 Founder of Inirv
Inirv uses plug-and-play Internet of Things (IoT) hardware to bring safety and simplicity to the kitchen.

Inirv uses plug-and-play Internet of Things (IoT) hardware to bring safety and simplicity into the kitchen. Born after CEO Akshita’s mother accidentally left the stove on and started a kitchen fire, Akshita realized that even in today’s world of technology appliances are still outdated and unsafe, causing over $1B in property damage and over 500 deaths per year. Instead of forcing consumers to buy entirely new appliances, Inirv solves this problem through patented technology that can make any existing gas or electric stove smart in just minutes! By replacing your existing stove knobs with smart ones, Inirv makes cooking easier and safer all at an affordable cost.

Inirv is a graduate of the Techstars Accelerator Program and has already closed $450K of the company’s $800K round. Inirv is now looking to secure the final $350K to start shipping product to pre-order customers and launch initial pilots with BSH.